Fear and Loathing on Ambien

Ambien: “A little white prescription pill that can blow your mind if you don’t fall asleep before it kicks in. It will be quite the show indeed; it’s like riding a roller coaster through a tunnel filled with sleeping gas…” –urbandictionary.com I was working a Ft. Lauderdale slash trip. My flight left LAX at […]

The Night the Lights went out in San Francisco

Rain is pelting the roof of our motel room; it’s raining so furiously it feels like rocks are hitting my head. Five of us are sharing a dank room at the Red Roof Inn San Francisco Airport. Four of us of us sleep in each double bed, two to a bed, and I’m the sorry […]

I ran. I ran amidst the chaos of being a new flight attendant. I ran to the point of exhaustion. I ran so I didn’t have to think about anything else. I ran in strange places and put myself in danger. Wherever I traveled, I ran. I ran in Arlington, Texas in 1995. It was […]

Flight attendant new hire training is a form of hazing. (Haze [haz]: to haze: verb: To harass with unnecessary or disagreeable tasks.) The need to haze flight attendant trainees is understandable. It would be foolish to take a group of people who looked forward to an easy, glamorous job and not prepare them for […]

Playing With Yourself and Other Ways to Endure a Flight

You wake up at SeaTac, SFO, LAX. You wake up at O’Hare, Dallas-Fort Worth, BWI. Pacific, mountain, central. Lose an hour, gain an hour. This is your life, and it’s ending one minute at a time. –Chuck Palahuniuk, Fight Club. I always identified with this sentiment, because even though travel was my livelihood, it made […]

How Not Smiling Made Me a Better Flight Attendant

Ever feel like you’re living a lie? I did for a while, and it was scary. I‘d become a flight attendant—a job where smiling is fundamental—but I am not natural smiler. I’ve often been told, “You’d be a lot prettier if you smiled more.” But my natural face is a stoic face. And when I […]

It Could Have Been Worse, Right?

Christmas day, 1995: I’m in a deep slumber from which I can’t wake up.  I’m dreaming I’m being chased by a mass of hungry, tired people. I try to tell them that I can’t help them, but whenever I try to speak, my voice is gone. I hear a wailing siren; the police are after […]

I am sitting on the passenger’s side of my car, crying because the song , “Drops of Jupiter” by Train just came on the radio. It’s the corniest song ever written, but it’s making me cry because it idealizes what I thought I wanted: a meaningful relationship. Fuck meaningful relationships. I had been searching for […]

How I Got Screwed (by Crew Scheduling)

My roommate and I are sitting outside a bar on Chestnut Street, in the Marina, the yuppie neighborhood of San Francisco in which we happened to sublet a studio apartment. We’ve come to this bar every night, for the past three nights in a row, only “allowing” ourselves to have two beers, because: a) we […]

How I Became a Doormat.

The drill sergeants (flight attendant instructors) at Barbie Boot Camp (the Un-American Airlines Training Center) instill into their new-hire flight attendant trainees that the customer is always right. Even if a customer doesn’t happen to be right, pissing off any passenger while on six-month probation as a new-hire, will result in immediate termination. “I don’t […] 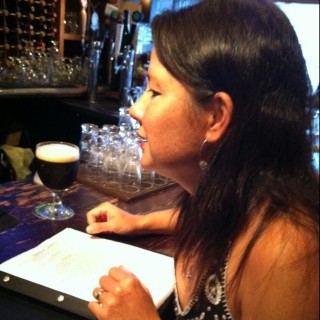 I recently retired from an 18 year stint as a flight attendant. And I'm still recovering from that undertaking. Writing about my galvanizing, albeit vapid, life as a stewardess, is helping me recover from my perpetual jet lag.